Athlete of the Month: September 2019

Athlete of the Month: September 2019

Liz is a great example of how to live life to the fullest, each and every day. An improv instructor, a runner, a lifter, and a new mom, she has found solace in training at WCSC, whether the motivation is there or not. As she says, "Motivation is fleeting. I wouldn't need motivation to brush my teeth, so why should I need it to exercise?" Her commitment to being the best version of herself is why she was chosen as this month's athlete of the month. Congrats, Liz—and thanks for being an inspiration to us all! 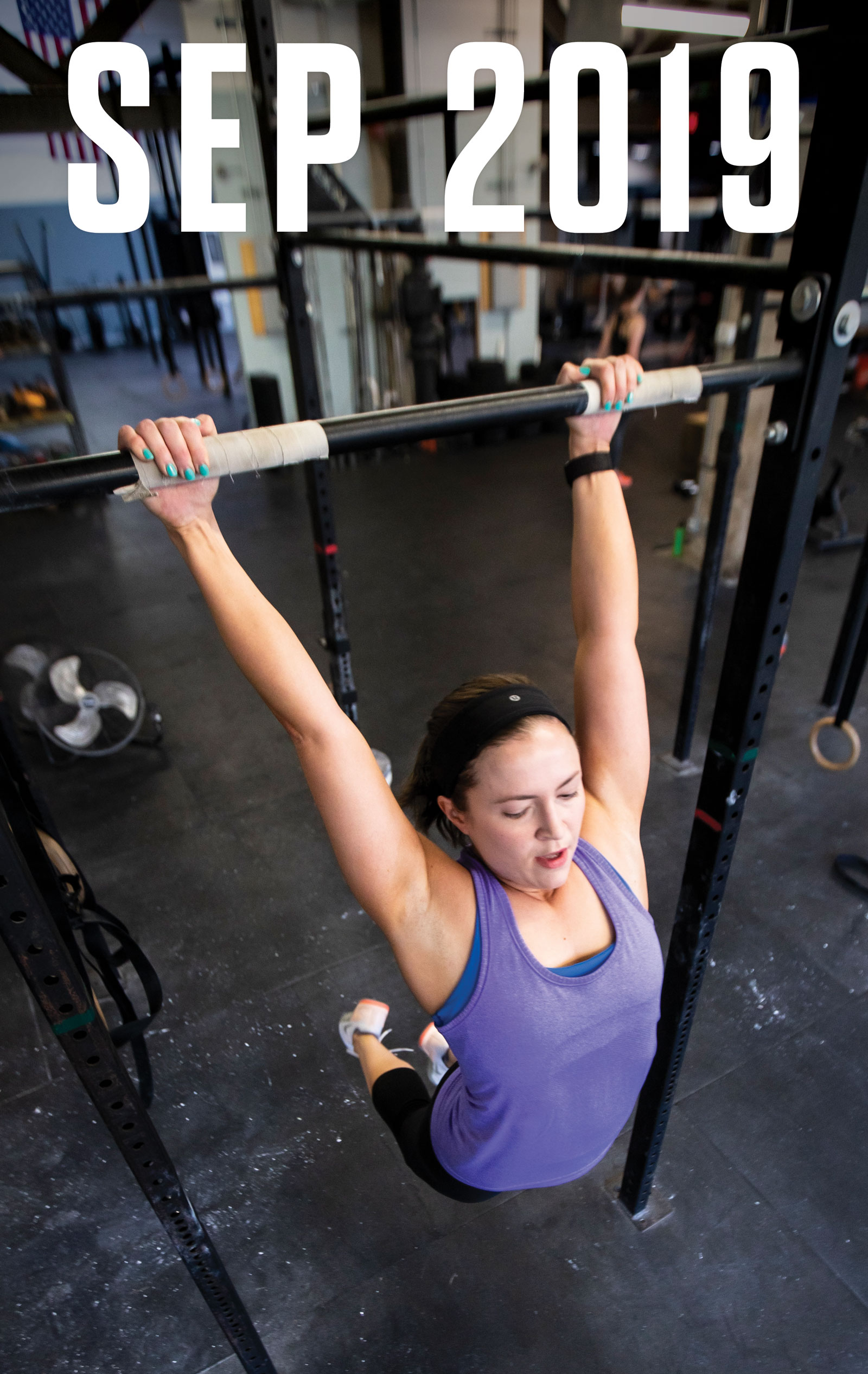 “Just pick up your feet and follow your beak.” – Waylon Jennings, to Big Bird

I was a spectacularly unathletic kid who never broke a sweat on purpose until college. I ran my first mile when I was 20 years old, and found after a little while that I really liked running. Throughout my twenties I got more and more serious about running, eventually finishing seven marathons. Somewhere in there I decided to start strength training so that I wouldn’t constantly be battling running injuries, so I did the Stronglifts 5x5 program and grew to love lifting too.

I lived one block away from Windy City for two years before I joined. I had friends who went there and loved it, but I wasn’t ready to start something new yet – I had been chasing a marathon time unsuccessfully for three races in a row, and I was determined to give it one last training cycle before shifting focus. So in the summer of 2016 I ran the Pfitzinger 18/55 training program and finally crushed my goal in the marathon that October. The very next week I joined Windy City. 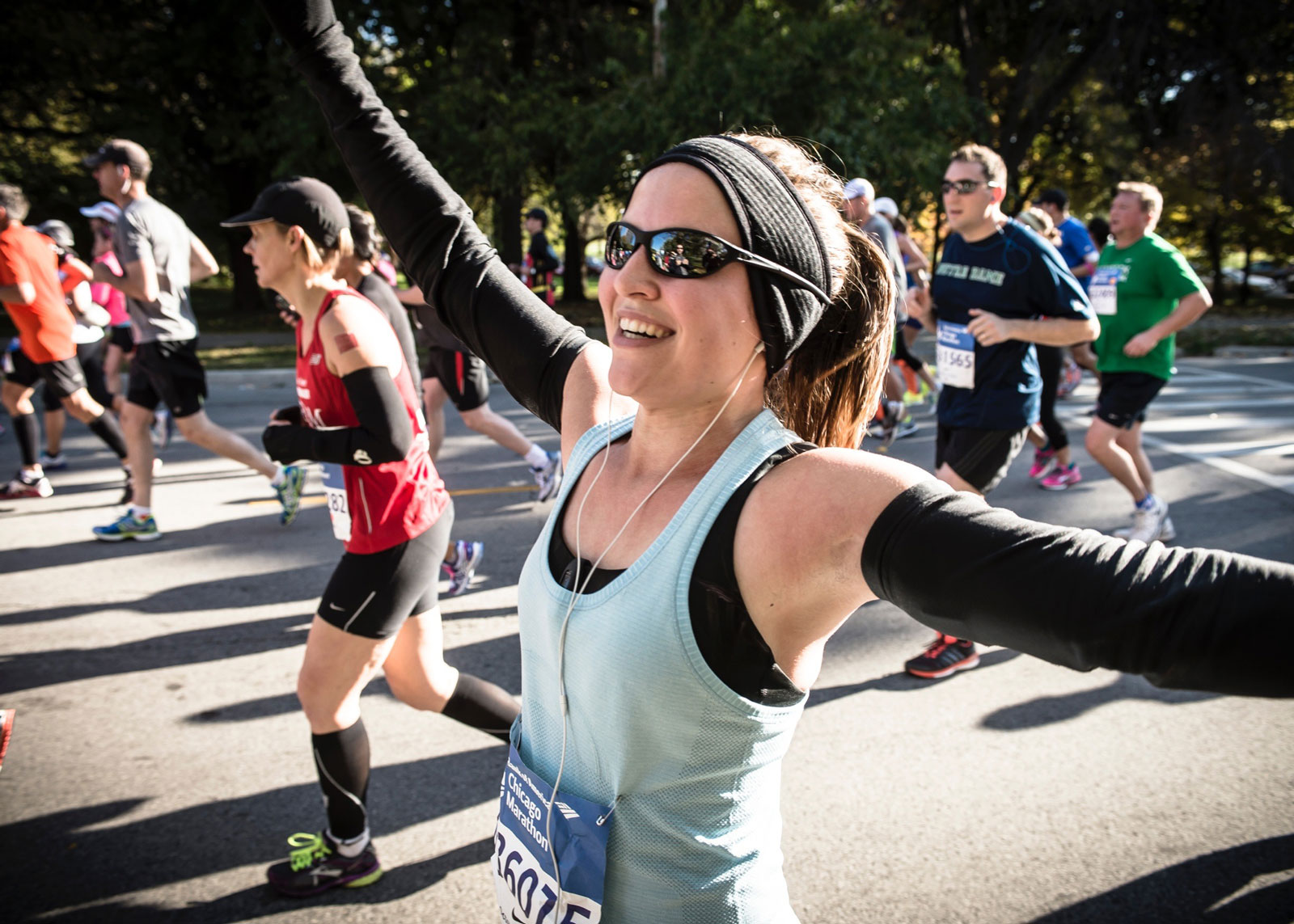 The gym and the community surrounding it have become so important to me over the past three years. I had a baby right in the middle of those three years, so I’ve gotten to experience it all: learning CrossFit movements for the first time, starting to get good at things, getting pregnant and having a really tough time doing things, getting more pregnant and being surprised at what I could still do, coming back after childbirth and feeling like I was starting all over, eventually getting good at things again and feeling stronger than ever.

Even though my own abilities have been all over the map during this time, working out with these people and coaches has been a constant point of orientation: whatever weight is on the bar, whatever is harder or easier for each of us on a particular day, we’re all going to end up in the same place at the end of class (...probably on the floor, leaving sweat angels). 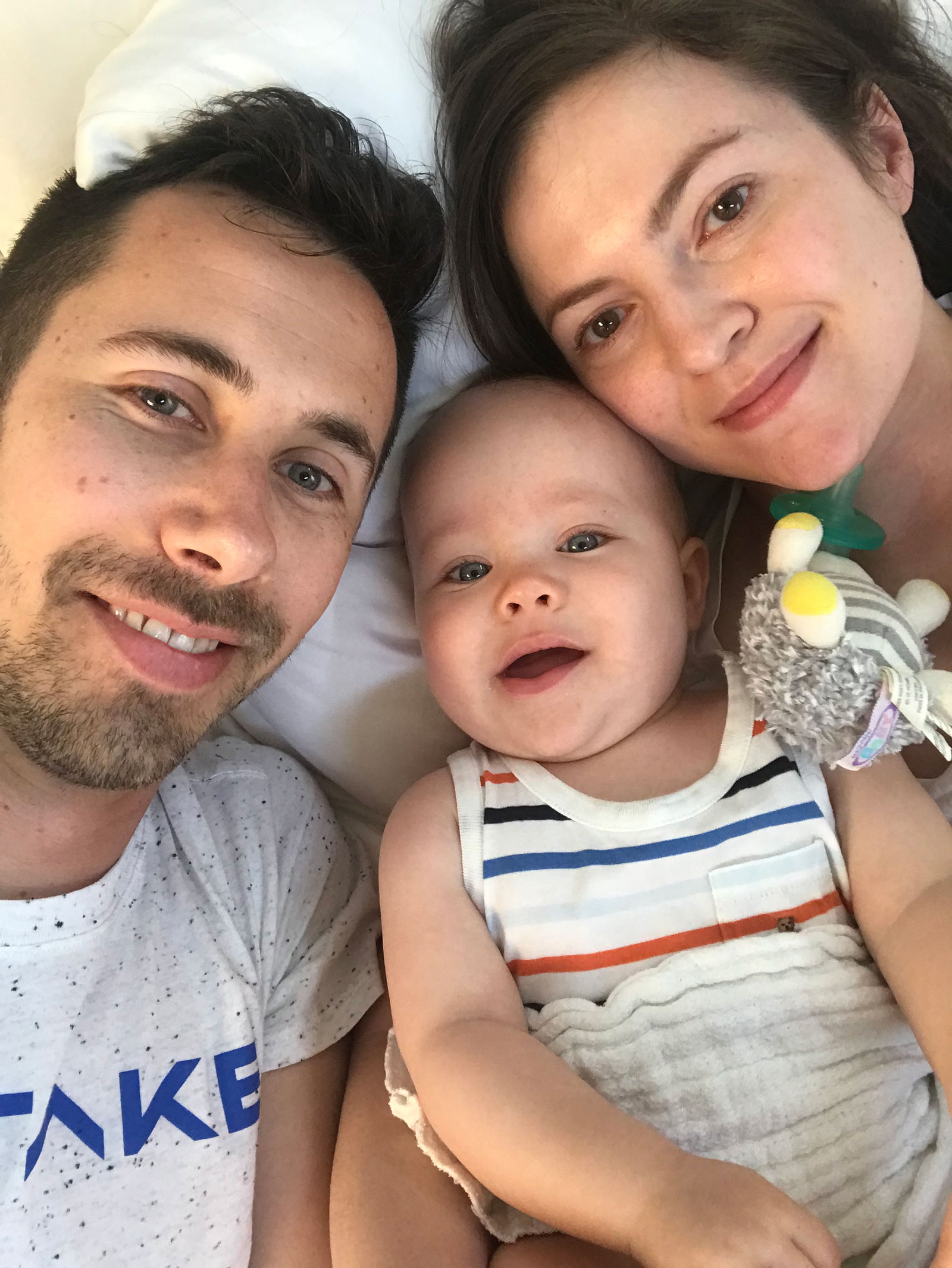 After I gave birth to my son, I struggled with postpartum depression and anxiety, on top of the usual life upheaval and raw emotional intensity of new parenthood. Things were pretty grim for a while.

Windy City took on a new significance for me during that time. It gave me an outlet to focus on one thing that wasn’t caretaking or trying to assimilate a new identity. For one hour, I could just do a “normal” activity and feel like a human being again. And it was a block away, so I could be there in under 5 minutes.

Fun fact: postpartum mood disorders are the #1 most common complication of pregnancy. I think it’s important to be frank about that experience, since the journey into and out of it has definitely shaped who I am. Going to the gym is no substitute for therapy and medication – but gradually getting back my physical abilities was a visible analogue to the process of slowly getting my mind back to normal.

Living big is really opening oneself up to the full human experience: highs and lows, victories and setbacks, peace and discomfort, pride and humility. It’s pursuing self-improvement and practicing self-acceptance at the same time… being able to hold those two opposite things in mind simultaneously takes a big, open heart.

Honestly, I would just do the things I currently do, but more. Exercise every day. Active, undistracted family time. Make a lot of complicated food from scratch, and host a rotating cast of houseguests every week. I have this detailed vision of retirement in which I really double down on all my hobbies and become a community theater sensation!

We just got back from our annual beach vacation in Maine. Thinking about a trip out to the Pacific Northwest within the next year. Eventually I’d like to revisit one of my favorite trips ever: a two week hiking tour through the Alps in Austria, Bavaria and Switzerland. 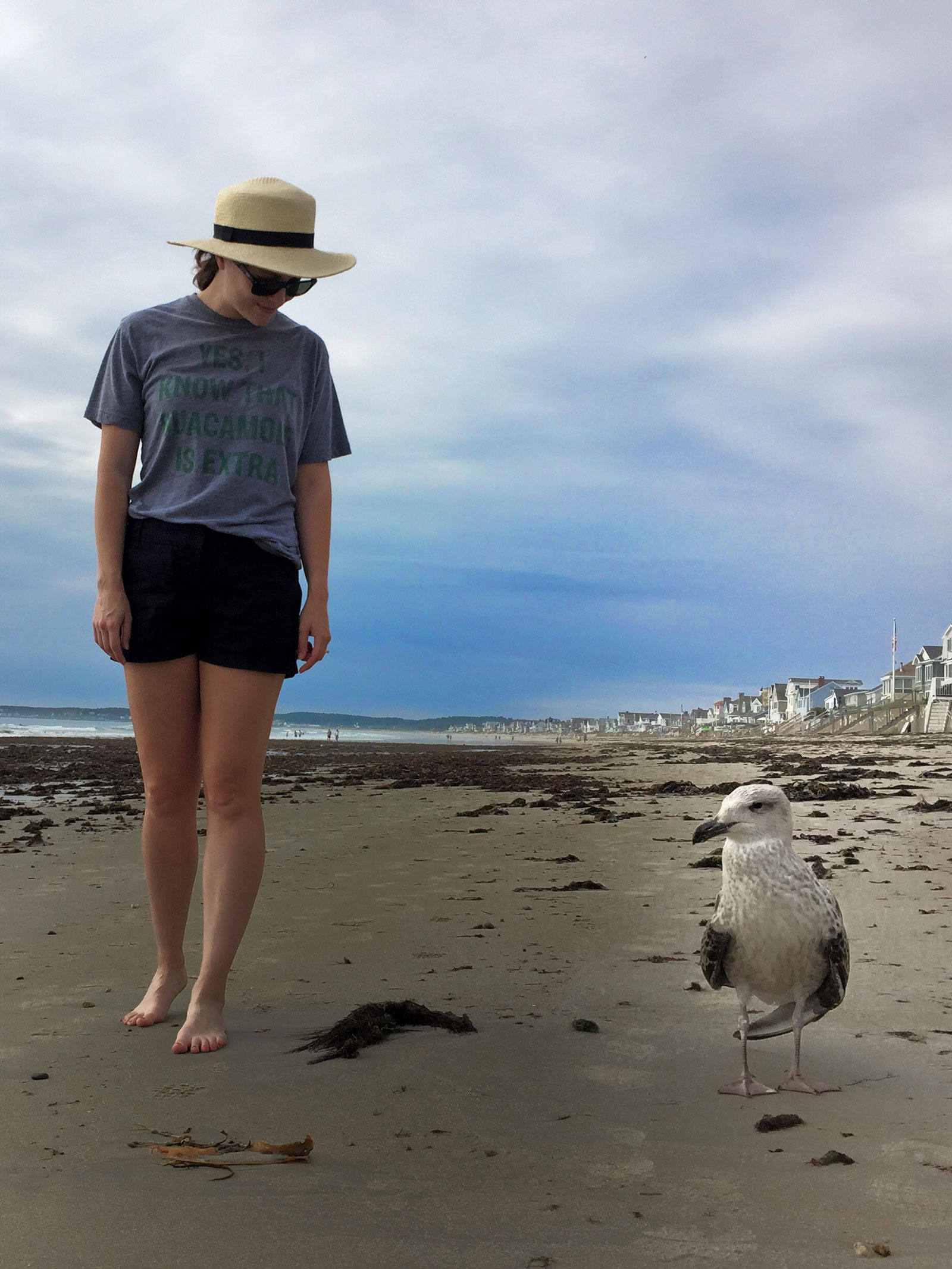 I’ve performed (and coached) improv comedy for over 20 years! Although I’ve been a lot less active in the performance scene recently, I’m looking forward to a comeback.

I strongly believe that motivation is fleeting, and can’t be counted on to get us to where we want to be. Strengthening habits, removing passive barriers, and just plain doing what you need to regardless of whether you feel like it – that’s how people accomplish things. My relationship with fitness improved by leaps and bounds once I realized motivation was beside the point. I wouldn’t need motivation to brush my teeth, so why should I need it to exercise? Total game-changing point of view. 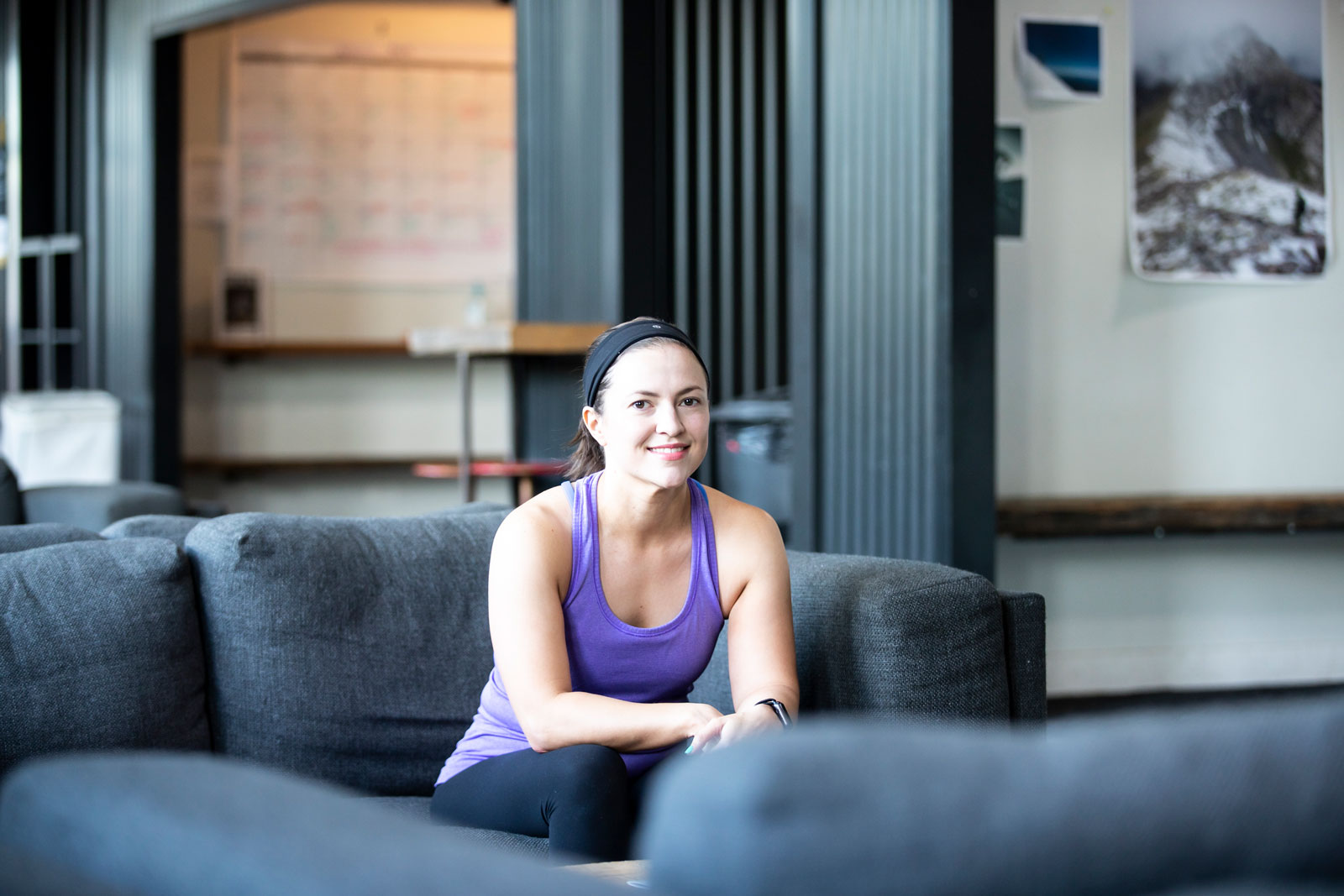