Athlete of the Month: October 2017

Athlete of the Month: October 2017

Windy City: Bucky's AOM honor is long overdue. For those who may not know, Bucky's CrossFit journey started at Windy City in 2013. He moved away in 2014 but continued his fitness journey diving into nutrition and Olympic weightlifting. We enjoyed watching his progress via social media and have continued to be impressed since he came back "home" to Windy City in March, 2017. Bucky's story is an inspirational one, be sure to check out those body composition changes! Congrats, Bucky! 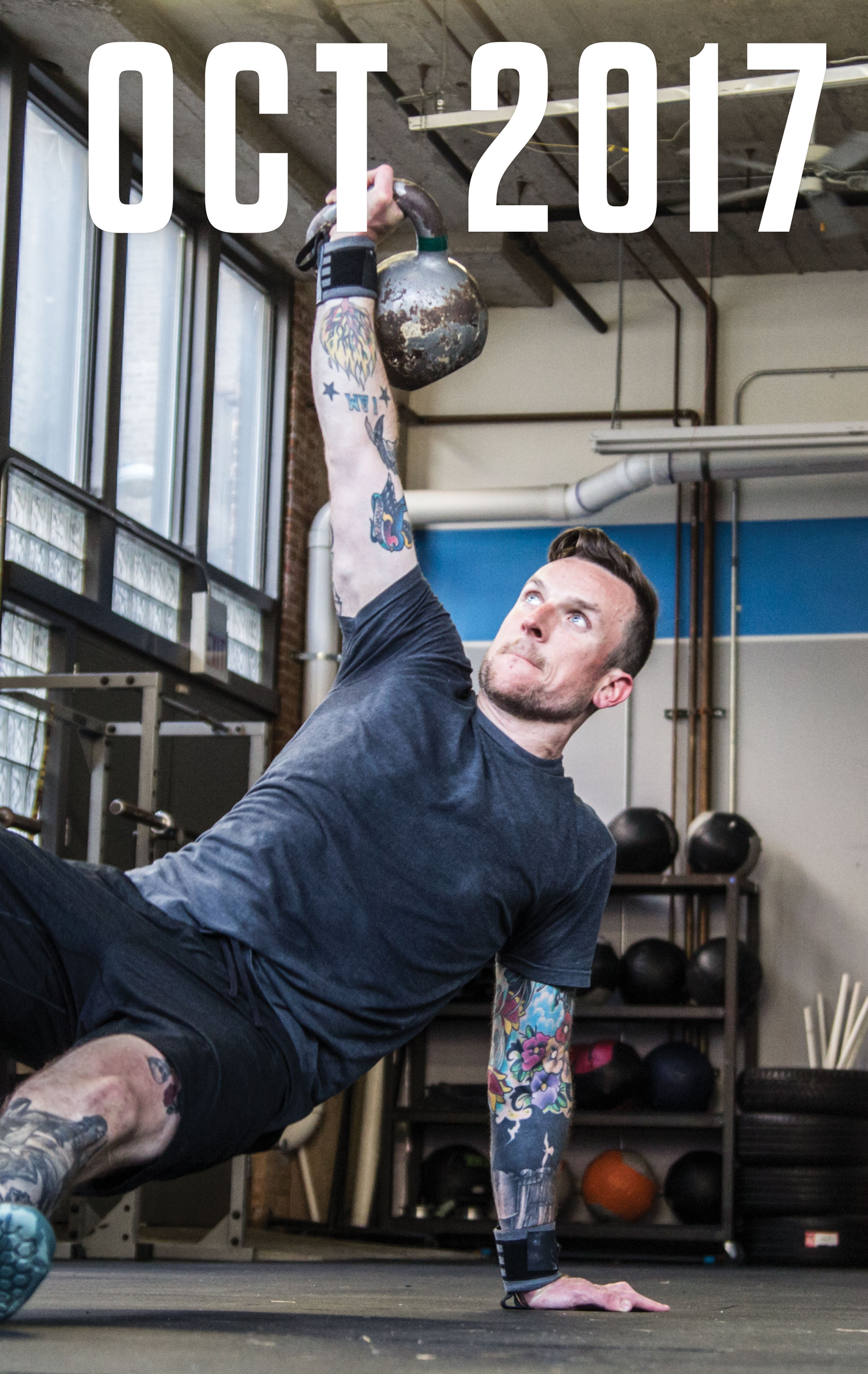 “Nothing interesting comes from knowing; it comes from not knowing.” - Beau Lotto

Bucky: When I first stepped into Windy City in 2012, I was in awe. The gym was a room full of racks, bars, bumper plates and badass people doing badass things, and I hadn’t seen anything like it. I remember thinking that Windy City was the equivalent of a Typical Gym Going Punk Rock—stripped of all typical fluff and just focused on the basics—and I fell in love with it immediately. There were no TV’s, no cushy machines, no bright colors and no pretentiousness—just a group of people working alongside each other to become stronger, better and faster. I was hooked.

As soon as I completed my intro to CrossFit, I moved into Olympic Weightlifting and immediately felt myself beginning to grow as an individual. I was coming from a bad place—my family and I were new to the city, I didn’t have any friends, was drinking too much, reliant on anti-depressants, really overweight and totally insecure. OLY taught me that I could show up, put in the work and see results. It taught me that I could meet new people and build relationships—that I could become part of a community. It taught me that I could take a set of tasks—the workout of each given day—and that I could finish them. It was simple but for me, it was profound.

“I was coming from a bad place—my family and I were new to the city, I didn’t have any friends, was drinking too much, reliant on anti-depressants, really overweight and totally insecure.”

Regardless of how hard the day was, how I was feeling, or what I was dealing with in my life, I learned that I was capable. These workouts—hitting the numbers day after day—trying and failing, then trying again and eventually succeeding—these hours at Windy City created a collection of countless small wins that added up over each day and built a confidence within me that I didn’t otherwise have. The mindset carried over into all areas of my life. I felt more equipped to follow through on goals, because I now knew first hand that putting in the work and making the effort would always get me there eventually.

I found a community in Windy City Strength and Conditioning that I’ve never forgotten or taken for granted—even after moving to the burbs in 2014. I joined a newly created OLY program up in Grayslake shortly after moving but I never forgot the mindset and attitude that Windy City helped form. Eventually I switched over to CrossFit and found an appreciation in the variety in being able to set goals in multiple areas, while still being able to get in my OLY lifts from time to time. 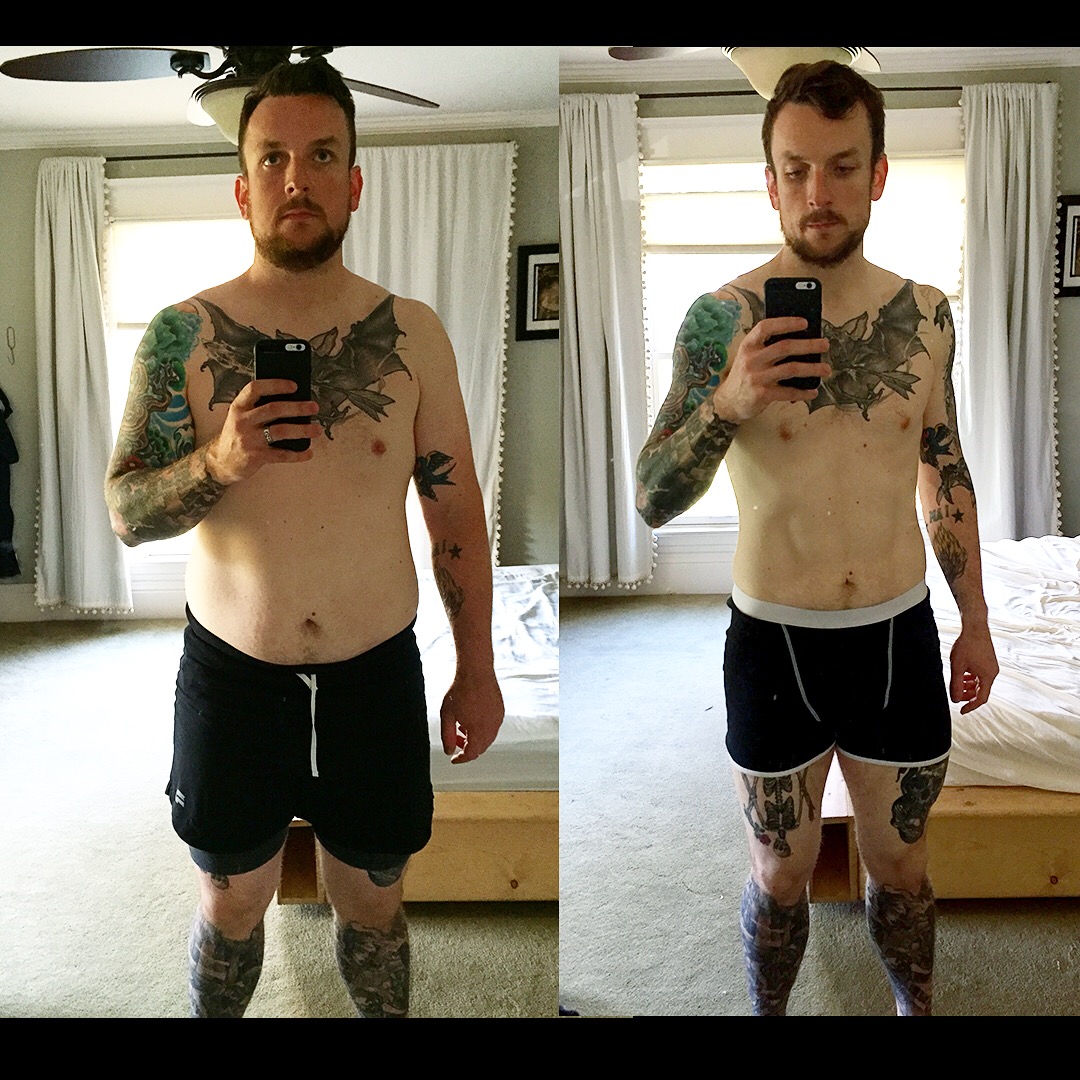 “Regardless of how I feel about the day’s workout—excited, nervous or even slightly terrified—I know that on my walk home I will leave feeling that I’ve accomplished something—a feeling that propels me throughout the rest of my day.”

In late 2015 I realized that despite the efforts I was making in my gym, my nutrition had a long way to go. I used what I’d learned about nutrient density, food quality and daily tracking from Coach Sheena, combined with some additional accountability, and began tracking macros—protein, carbs and fat—every single day. I sacrificed occasional social outings, made sure to get lots of sleep, planned ahead and ultimately just did the work—setting small goals along the way and continuing to find those small victories as I weighed in every day and found the average number eventually creeping down.

I ended up going from 235 pounds in October 2015 to 175 in July 2016. I stayed consistent in hitting my macro goals 99% of the time. I estimated macros when I had to (like going out to eat), I survived multiple holidays with family, work trips, injuries which took me out of the gym, neighborhood get togethers and the daily grind, including sometimes mismanaging my macros and forcing myself to go to bed instead of snacking. In the end, it was absolutely worth it.

Fast forward to 2017, and I’ve experienced even more life changes. Relationships have changed, my work has changed and suddenly, in a way, I’ve started all over as a new person. I moved back to the area in March and knew right away that I wanted to find a neighborhood near the community I valued so much. I rejoined Windy City 2 days after moving back and haven’t looked back since.

Now, my 10 minute walk to class each morning at 6:30 is one of the highlights of my day. Regardless of how I feel about the day’s workout—excited, nervous or even slightly terrified—I know that on my walk home I will leave feeling that I’ve accomplished something—a feeling that propels me throughout the rest of my day.

“I have a lot to work towards but I am so hopeful because I know that at the end of the day (or...first thing in the morning) I have a new challenge waiting for me at Windy City that I honestly can’t wait to tackle.”

This year has been all about setting new goals. Right after I moved I set up a whiteboard in my apartment and wrote out series of “summer CrossFit goals” and I'm happy to say that I’ve accomplished all but 2 of them! The kips (toes to bar and pull ups) still elude me, but I’m hopeful that they’ll come! However, my lifts, squats and deadlifts went up, I can do double unders, I’ve doubled my strict pull up count and have maintained my weight loss.

As far as future goals, I signed up for my first GORUCK challenge in October and I’m looking forward to building even more of a sense of community with the other Windy City crew as well as others that will put themselves through the 10+ hours of pain (by choice!). I also plan to commute to work by bike, for as long as I can into the cold weather, and celebrate some areas of my life that are currently in limbo seeing some concrete resolution within the next few months.

I have a lot to work towards but I am so hopeful because I know that at the end of the day (or...first thing in the morning) I have a new challenge waiting for me at Windy City that I honestly can’t wait to tackle. 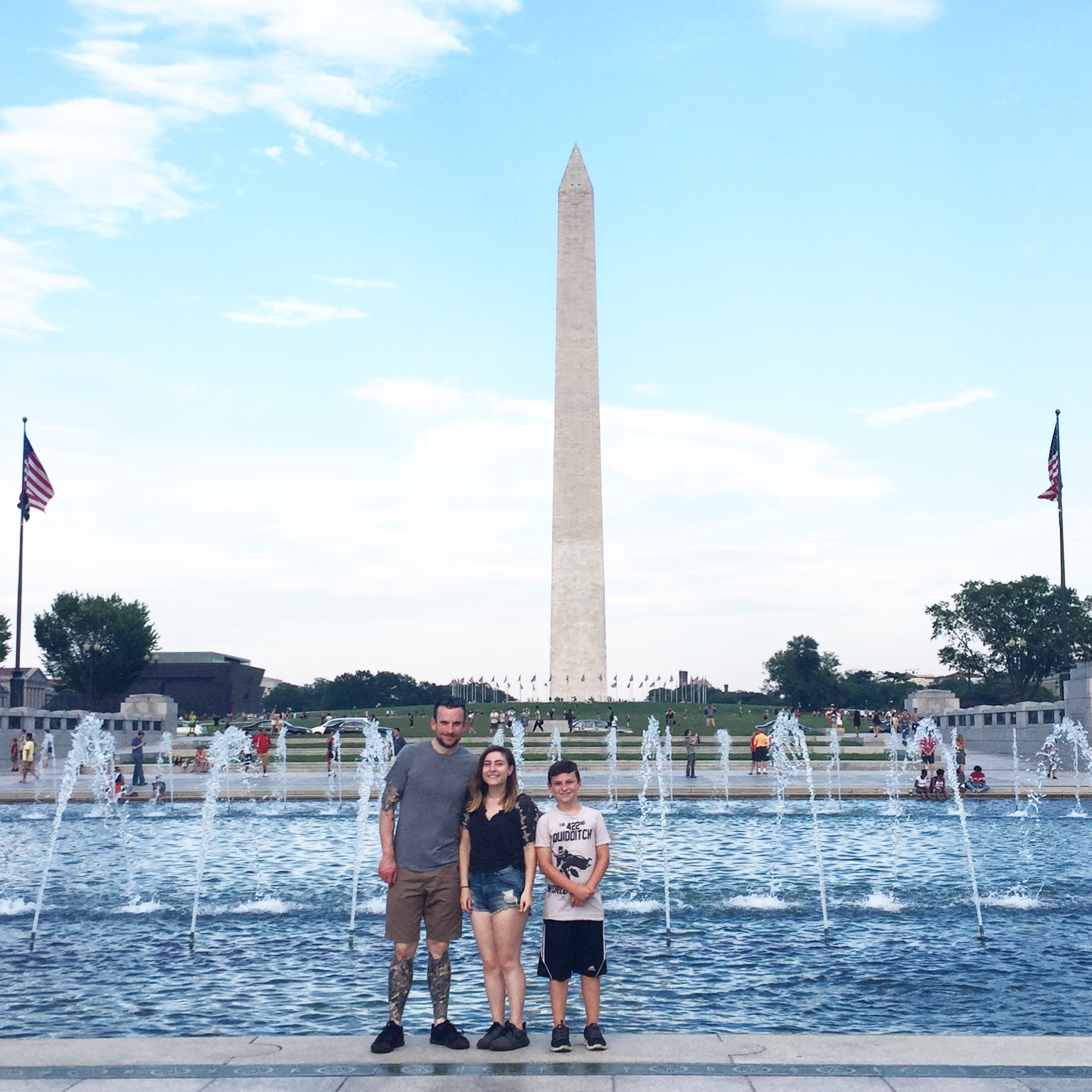 Something that most people don’t know about me:

I am a dad! I have a 12 year old son and helped parent a 19 year old daughter for the past 15 years. They are both amazing individuals and I’m so fortunate to continue to be able to see them regularly. Mylo is currently in 6th grade, loves all of the food options in my neighborhood and plays on a tackle football team back in Grayslake. Chloe is studying to go into law enforcement and loves her job working at a dog training facility while still remaining active in the roller derby scene (where she competed for several years as a teenager!).

I am also a musician and have played in bands since I was 12. Most recently, I played bass guitar in a metal band for about a year—recording an album with them and playing a handful of shows before having to leave due to scheduling conflicts. However, I hope to take a class at Old Town School of Folk Music, or otherwise join another group at some point in the future—the goal is just to keep playing!

Each day is a new opportunity to be surprised. You just never know what will come your way and for me that so incredibly exciting! I love interesting stories and I want to make my life a series of them so that I can look back and know that I’ve truly lived big. I’m ready to stay engaged stay ready—for whatever’s next.