Amanda came to check out the gym and learn about our six week kick start program about a year ago. When she showed up, she brought her boyfriend with her.  After spending some time showing them around the gym and getting a sense of their goals, it became very clear that her boyfriend was going to think twice about committing to CrossFit, but Amanda was ready to embrace it and hold on tight. And that she did, by settling into the 6:30 am class and using the WODs as a means of improving her running (ask her about all the races she has done), learning a bunch of new skills and hitting all kinds of personal records. Watching her compete in her first CrossFit Open after tackling Coach PJ’s open prep programming was a personal favorite of ours. We are constantly impressed by Amanda’s dedication and hard work and really happy to recognize her as our AOM! 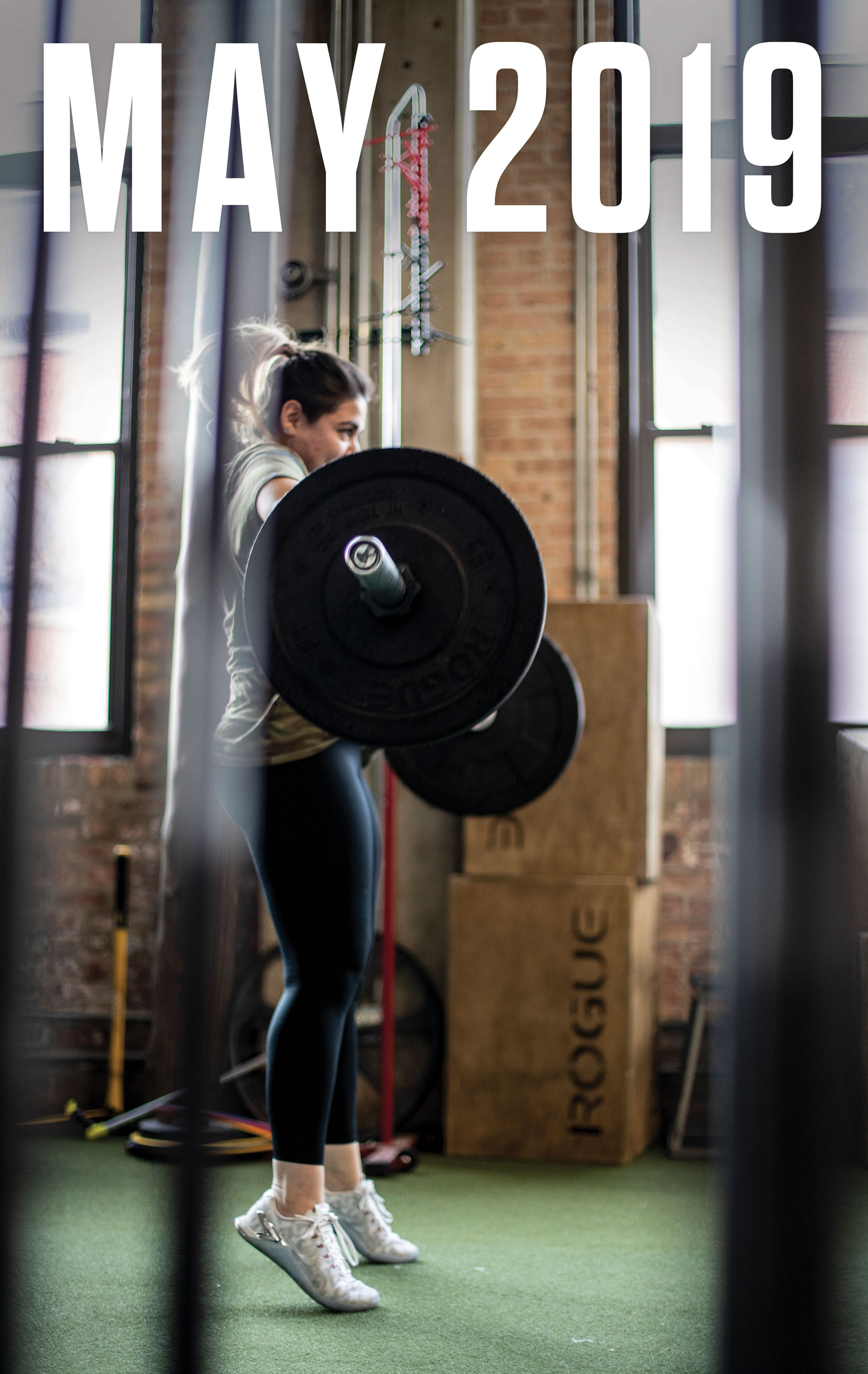 Originally from Chesterton, Indiana and moved to Chicago 5 years ago. I have an older sister and my parents come from a huge family.  My mom is the youngest of 12 siblings and my dad is the oldest of 11 siblings so when there’s a family get together its definitely a huge party.  I’ve always been pretty active since I was little but as far as sports I was in track and field, soccer, and volleyball (played for 7 years). 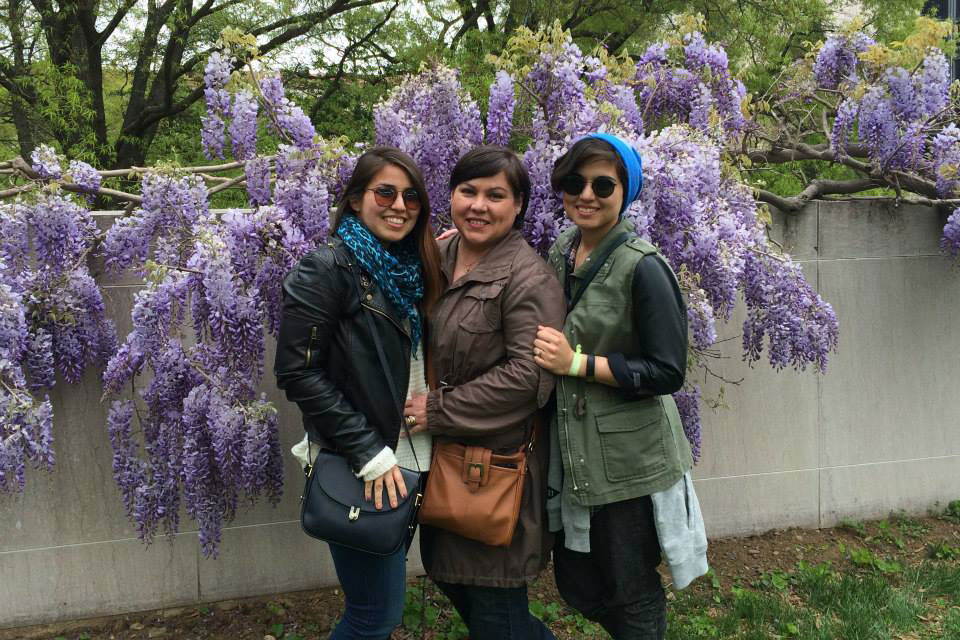 After high school I became really inactive and not motivated so as a way of getting back into shape I’ve tried a bunch of at home workout videos from ranging from Insanity, Billy’s Boot camp, Tracy Anderson Metamorphosis but none of which I really stuck with. Around 2012 I decide to get back into running and trained for my first 5k (Hot Chocolate Race) and I immediately fell in love with the feeling running gives you so that led to multiple 5ks, 10ks, 15ks, 3 half marathons, 3 marathons and one ultra marathon. I’ve always wanted to try CrossFit from seeing it on TV and watching Fittest on Earth documentary and found Windy City through Google searches for CrossFit gyms in the area.

My workouts have been primarily cardio, no strength whatsoever even when I was training for my first marathon.  So when I decided to do my ultra, I figured I probably should incorporate some form of strength into my training so I went to a Powerlifting gym that was a 5-minute walk from my apartment.  Had an awesome trainer (s/o to Coach Rae) who taught me the proper techniques of deadlifting, back squat, showed me how to do my very first squat clean, and was able to be a part of her Ladies who Lift classes.

From that point on I got the bug of wanting to continue lifting but I really wanted to try CrossFit for awhile so when I found Windy City I was so excited and nervous to go to my first class.  The feeling of going to my first class was similar to starting a new job or going to school and thinking will everyone be nice or am I going to make new friends.  After taking the Level 1 class I was hooked.  Everyone has been so nice and all the trainers have been amazing with helping me on my form or encouraging me to add more weight when I think I can’t do it. 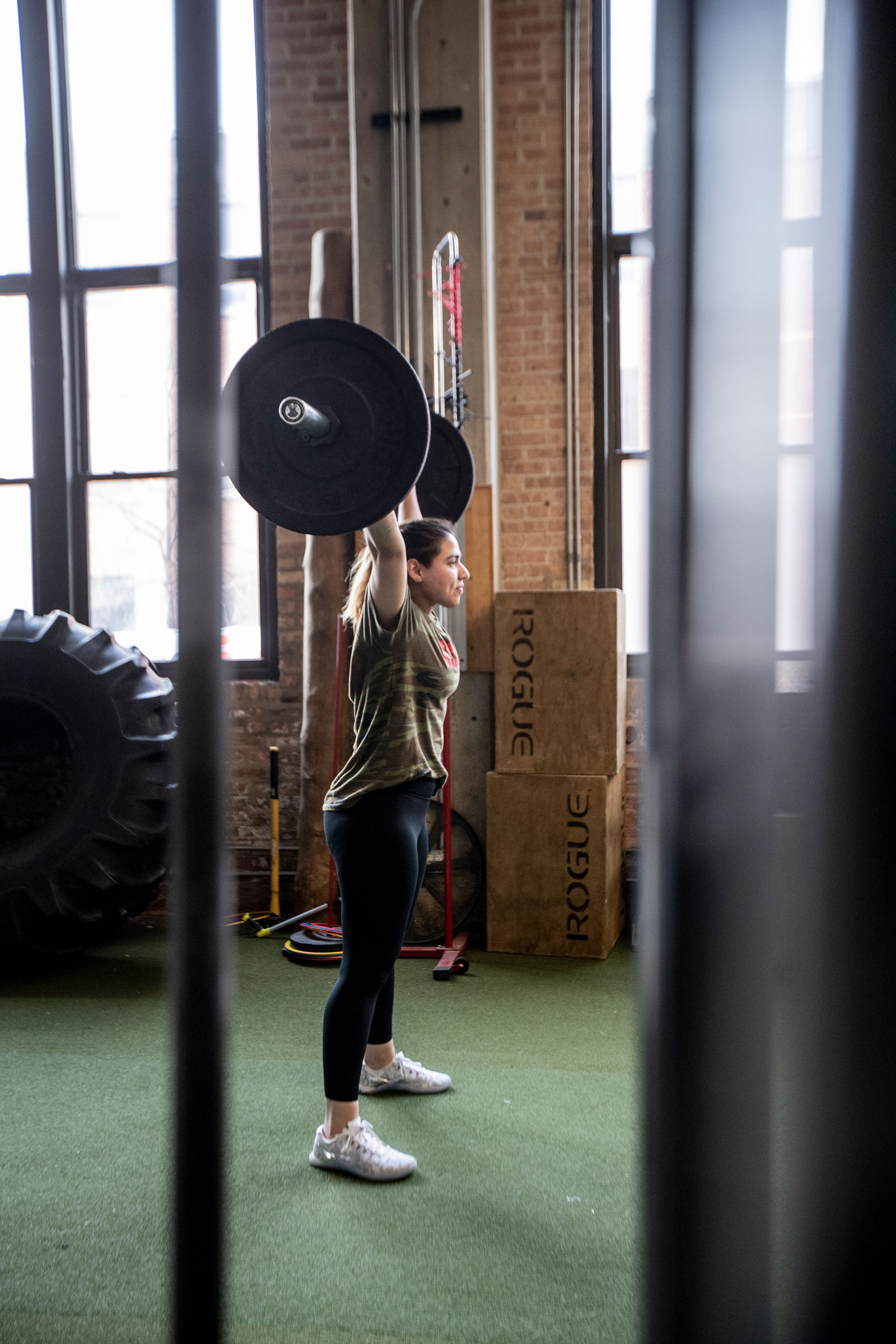 I’m so happy that I’m a part of this community and training at Windy City has shown me what I am capable of physically and mentally. I look forward to going into the gym, doing the WOD and coming out feeling accomplished.  When I decided to sign up for the Open Prep I was really unsure if I should be doing this or if I was even at the same level of everyone else and instead I got the best experience and with the encouragement from the team made me be a better me and go into the workout with the mindset of yes I can do this.

Not being afraid of giving things a try and putting compassion out into the universe. 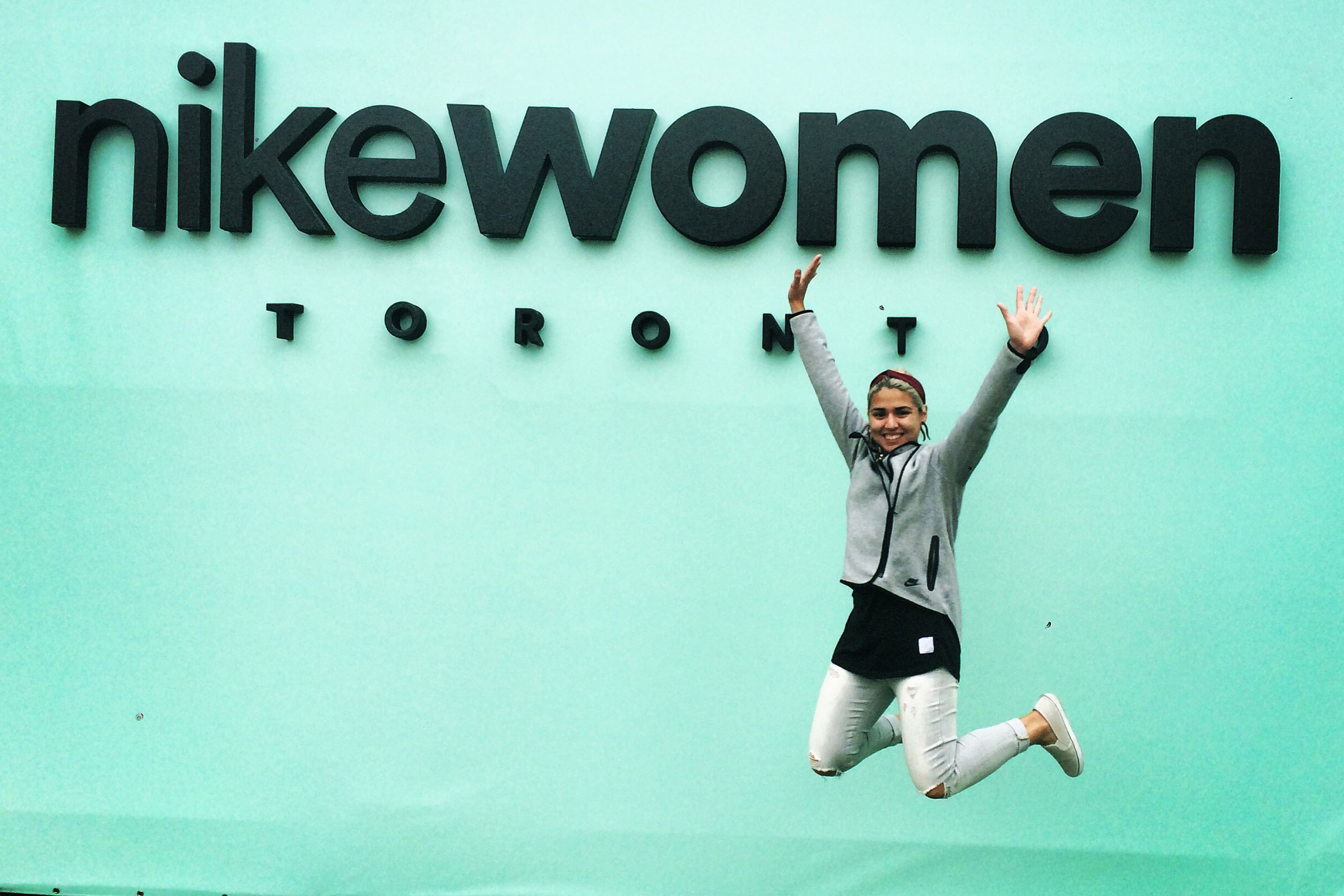 I‘m definitely a person who can’t sit still so I would go traveling. Top places I’d love to go to are Ireland, London, Tokyo, and Mexico. 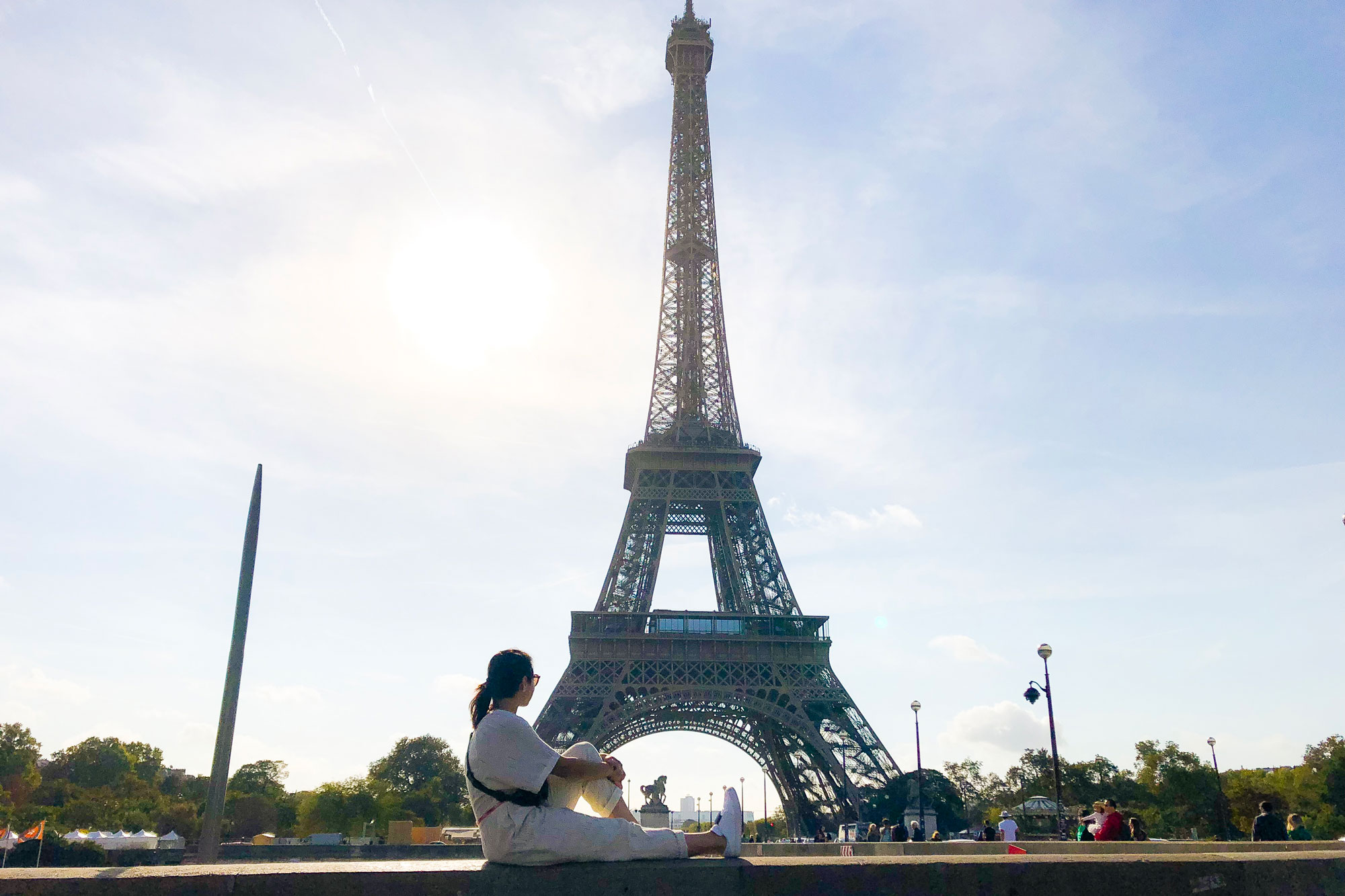 Have a few trips coming up every other month; this month will be Nashville, Austin in June, and Chattanooga in August for my sister’s wedding.  I am currently taking a break from marathon training but 2020 would love to add New York to the World Marathon Majors list since I’ve done Chicago and Berlin. 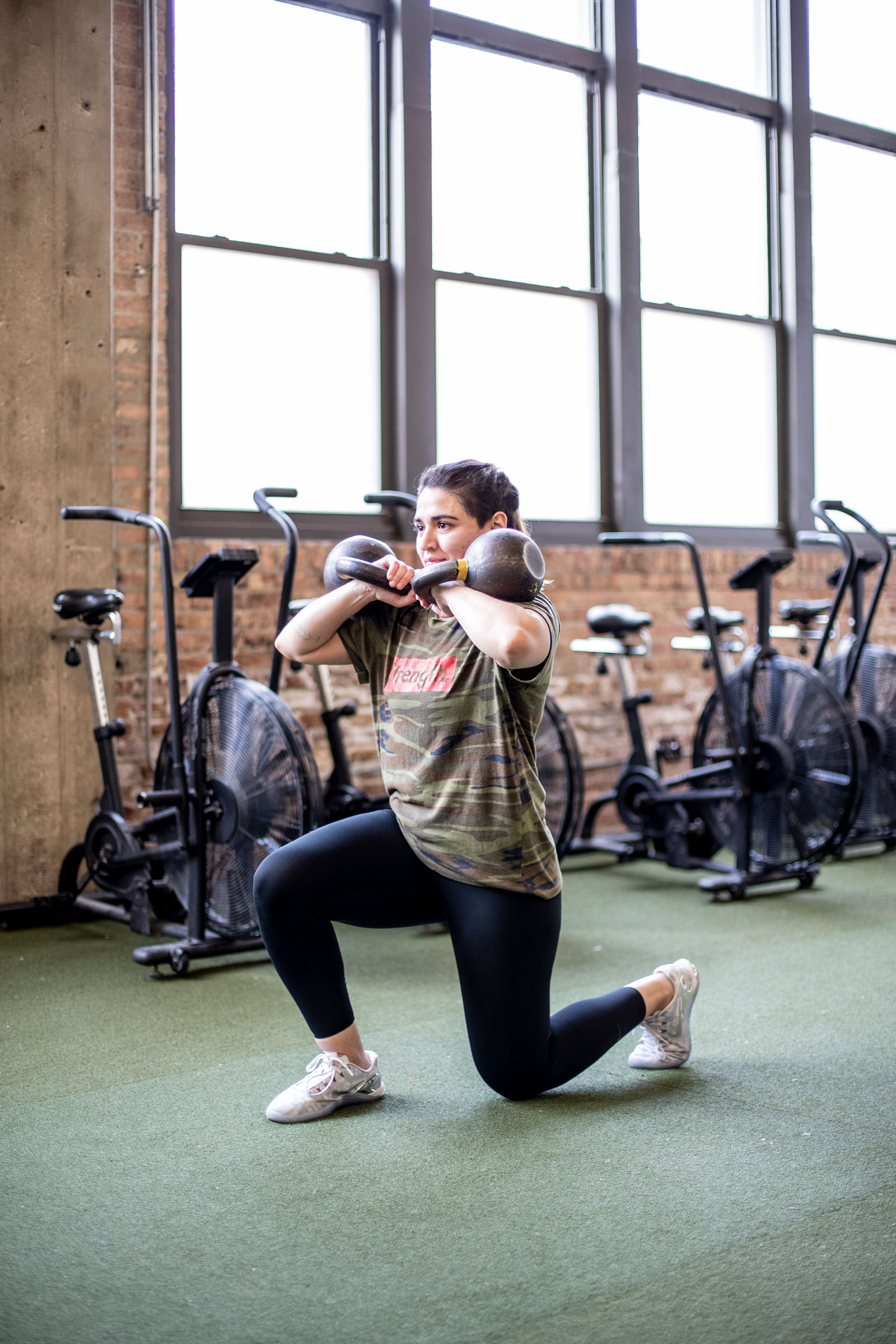 I was part of a Mexican Dance Troop (Ballet Folklorico) my family started up for about 4 years.  My family is big into dancing and my mom was part of a troop when she was younger so it was awesome to continue a tradition and being able to something that’s big in our culture. It was one heck of a workout as well with performing about 4 different songs in a row, wearing these heavy dresses and making sure you were holding your arms high enough to show the design of the dress, and you had to make sure you were stomping loud enough for everyone to hear but also that you were on par with the music.

The world is full of yes. Saying yes to something that makes you nervous can lead to growth, so take a deep breath and just do it. 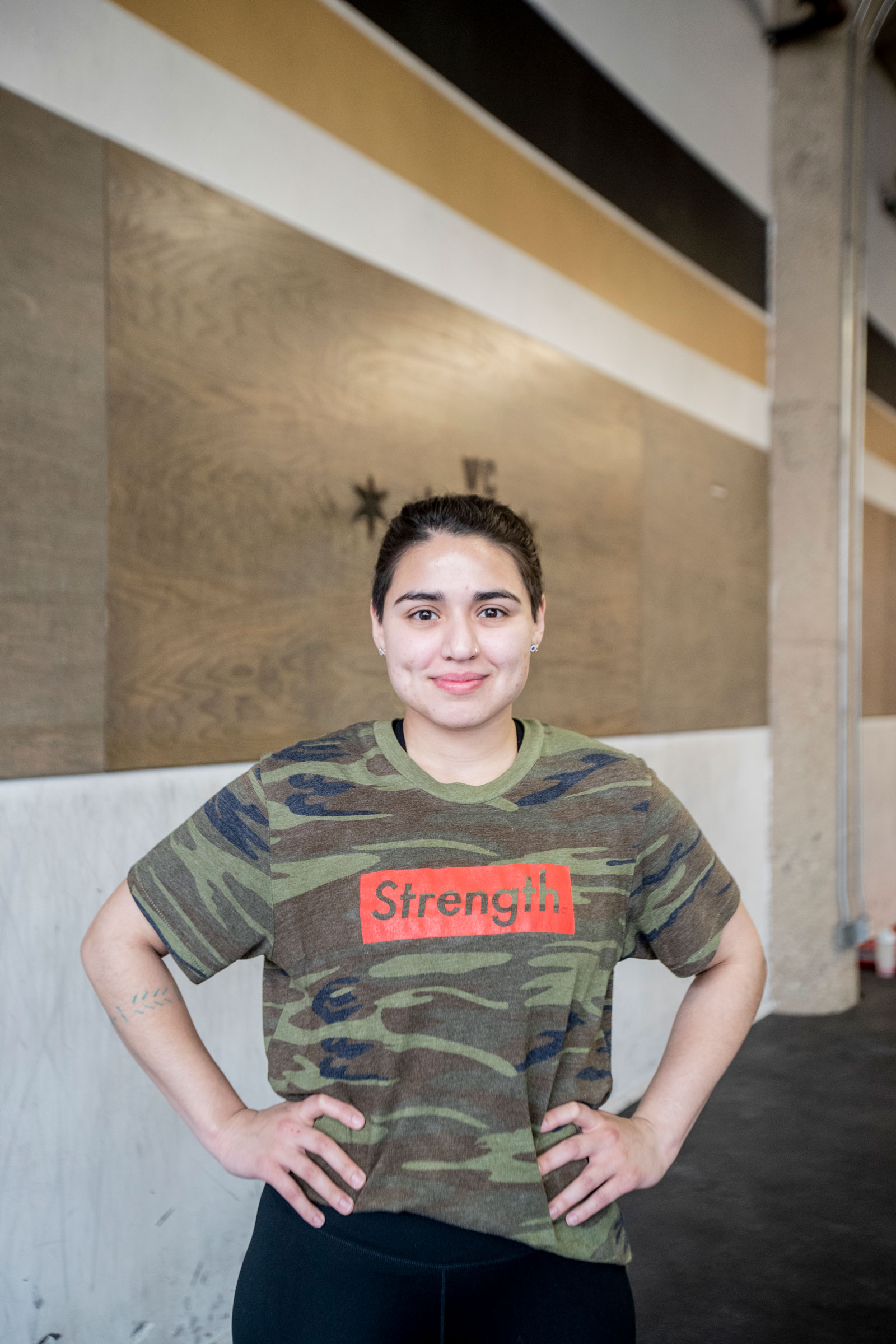